Study of wildlife on extensive small livestock farms in the Karoo 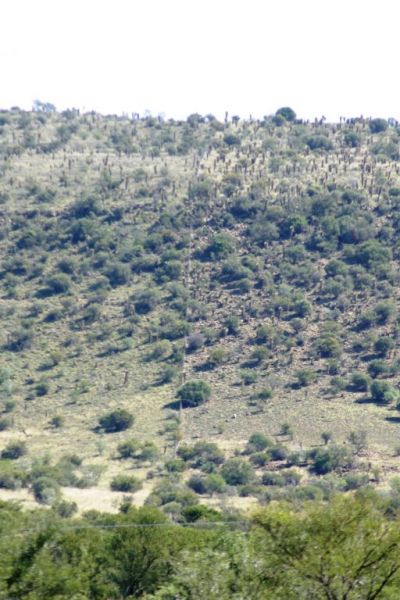 Wildlife winners and losers of extensive small-livestock farming: a case study in the South African Karoo

Extensive farming is an important source of food and fibre and often the only viable land use in the more arid regions of the globe. Yet, land use transformation for livestock grazing can lead to natural habitat degradation and fragmentation, identified as the main threats to biodiversity worldwide. Understanding which species are “winners” (i.e. species with a higher relative abundance index on farmland than protected area) and “losers” (i.e. species that have been extirpated or have a lower relative abundance index on farmland) in farming landscapes is crucial for the global sustainability of food production and biodiversity conservation. We used camera traps across 332 locations, over 23,796 trap nights to compare species richness and several aspects of community diversity (evenness, dominance, functional diversity and community structure) on 22 extensive small-livestock farms and a nearby protected area in the semi-arid region of the Karoo, South Africa. Species richness was not significantly different between the two land uses, but there were important differences in community structure and composition. Large carnivores were the “losers” of extensive livestock farming. Farmland displayed a lower effective number of species and functional diversity and a higher dominance than the protected area. The latter had a positive influence on the presence of large mammals and on the relative abundance of the region’s main mesopredator, the black-backed jackal (Canis mesomelas). Contrary to consensus, extensive small-livestock farming may be beneficial to some species and may therefore represent an important opportunity for biodiversity conservation outside of formally protected areas.