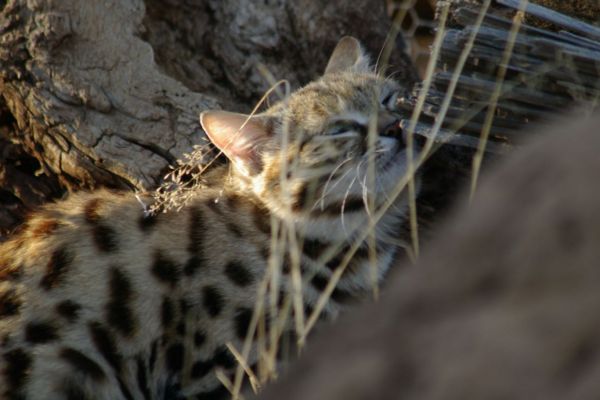 The role of scent marking in a free-ranging, female black-footed cat (Felis nigripes)

A radio-collared, female black-footed cat (Felis nigripes) was followed for a total period of 575 hours, over seven observation periods spanning 18 months, in the Kimberley region of the Northern Cape Province, South Africa. Data on reproduction and scent marking were collected by direct observation. The predominant form of scent marking was urine-spraying, the frequency of which fluctuated during the year and seemed to be related to changes in the reproductive cycle. Marking frequency increased dramatically approximately one and a half months before mating, and conception of the first litter of the breeding season occurred at a low frequency during pregnancy, and was entirely absent when the cat was rearing young. This strongly indicates a primary function in the advertisement of female reproductive condition, although an additional role in the maintenance of social spacing is suggested. Scent marks were not restricted to the borders of the animal's range, but corresponded to those areas used most intensely during the year.