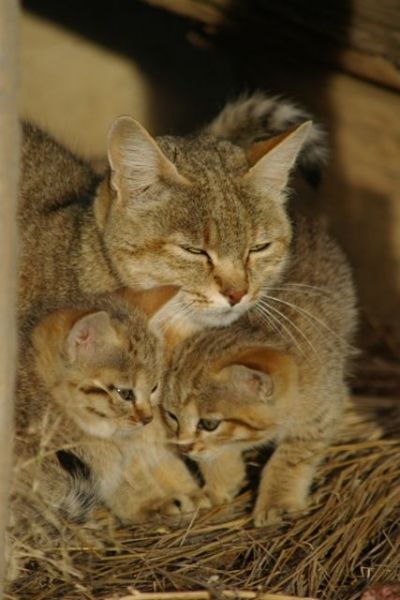 The techniques used for the capture, marking and habituation of African wildcats (Felis silvestris cafra) in the Kalahari are described and evaluated in this paper. African wildcats were captured, with either baited cage traps or chemical immobilisation through darting. Darting proved to be a more efficient and less stressful way of capturing cats. Very high frequency (VHF) radio collars fitted with activity monitors were especially effective in the open habitat of the Kalahari for locating and maintaining contact with cats; they also aided in determining if the cats were active or resting in dense vegetation. The habituation of individual cats to a 4×4 vehicle proved to be time consuming, but it provided a unique opportunity to investigate the feeding ecology and spatial organisation of cats through direct visual observations.

Conservation implications: In describing and comparing the various methods of capture, handling and release of the African wildcats that we followed during our study in the southern Kalahari, we recommend the most efficient, least stressful method for researchers to follow – both in relation to time and energy, as well as in terms of the impact on the animals being studied.