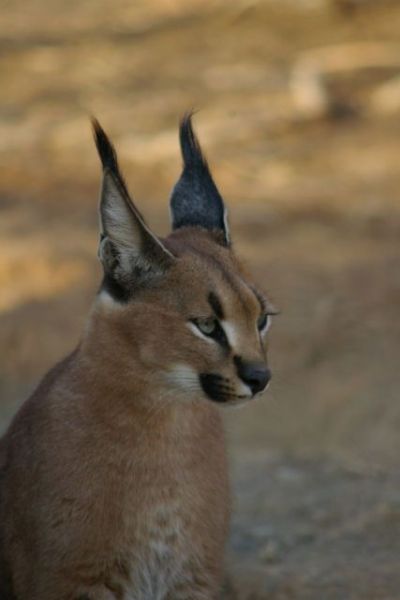 Caracals (Caracal caracal) and leopards (Panthera pardus) are perennial problems for sheep farmers on the southern fringe of the arid Karoo. In the past,farmers responded to the conflict with blanket culling of predators, a strategy which ecologists understand to be harmful. This paper investigated the ability of blanket predator culling to reduce livestock losses.

It found the probability of livestock losses to be a function of the number of caracals, leopards, vagrant dogs (Canis familiaris) and other wildlife culled during the previous year, as well as the previous year’s trapper effort, the farm’s remoteness and three years’ worth of rainfall. Other unobserved farm characteristics did not systematically affect losses. Culling an additional caracal or leopard was estimated to increase future livestock losses by 5.7% and 27.2% respectively, while culling a vagrant dog was estimated to reduce the likelihood of future losses by 9.5%.

Both trapper effort and remoteness increased the probability of livestock losses. The current and previous years’ rainfall decreased the likelihood of future losses, while rainfall from two years prior was positively correlated with future losses. These results are important because they describe general culling effectiveness under a variety of management conditions over a period long enough to allow for adjustment to culling.

Full article can be found here