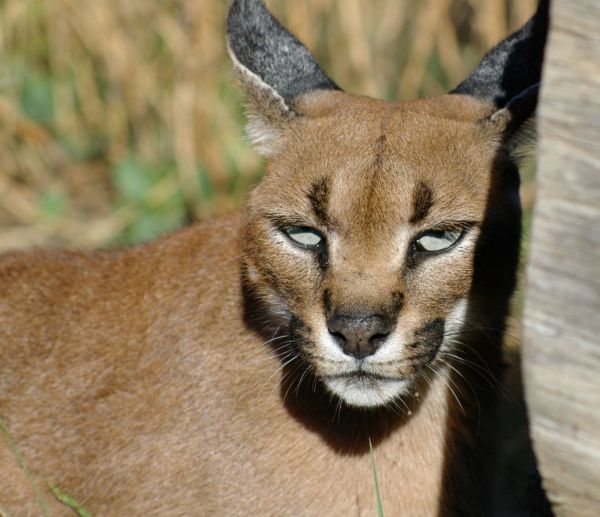 Caracal caracal (Schreber, 1776) is a felid commonly called the caracal. It is a slender, medium-sized cat (5.8–22 kg) characterized by a short tail and long ear tufts. C. caracal has a wide distribution and is found throughout Africa, north to the Arabian Peninsula, the Middle East, central and southwest Asia into India; its habitat includes arid woodlands, savanna, scrublands, hilly steppes, and arid mountainous regions. It is globally listed by the International Union for Conservation of Nature and Natural Resources as “Least Concern” despite population trends unknown across most of its geographic distribution. The Convention on International Trade in Endangered Species of Wild Fauna and Flora lists Asian populations under Appendix I and African populations under Appendix II.