The study of caracal ecology in Malawi 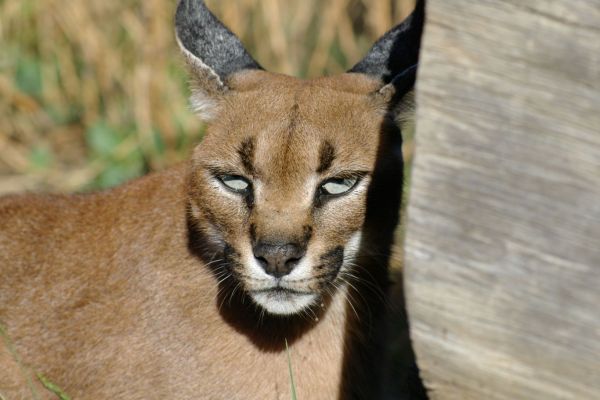 Habitat structure and the presence of large carnivores shapes the site use of an understudied small carnivore: caracal ecology in a miombo woodland.

Abstract
Basic ecological knowledge on African small carnivores and how they interact with the wider carnivore guild are lacking for many species. The caracal (Caracal caracal) has a widespread distribution across Africa, yet there is a paucity of information on this species outside of savannah and agricultural landscapes. Using camera trap data from Kasungu National Park, Malawi, we provide novel information on caracal habitat use in a miombo woodland and compare the spatiotemporal dynamics between caracal and members of the large carnivore guild (leopard, Panthera pardus and spotted hyaena, Crocuta crocuta). We found that caracal were more likely to use sites with higher grass cover and further away from permanent water sources. Caracal site use increased in areas with lower spotted hyaena abundance and caracal exhibited different temporal activity patterns to spotted hyaena. In contrast, caracal did not exhibit spatial or temporal avoidance of leopard at the scale investigated here. However, the probability of detecting caracal at sites of higher leopard abundance was significantly lower, suggesting possible behavioural mechanisms to avoid interaction. Our study provides an insight into caracal ecology in a miombo woodland and improves our understanding of community dynamics between a lesser-studied small carnivore and the large carnivore guild.