Land use effects on gut microbiota of Black backed jackal 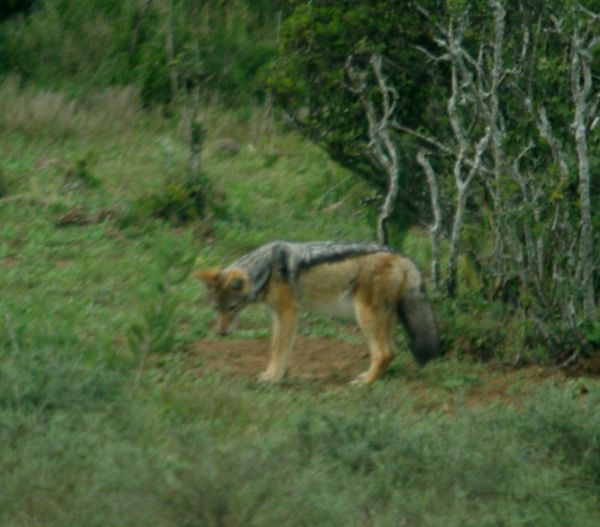 Host traits and environmental factors drive the natural variation in gut microbiota and disruption in homeostasis can cause infections and chronic diseases. African wildlife is increasingly facing human-induced agricultural habitats, which also amplifies the contact probability with livestock with unknown consequences for wildlife gut microbiotas and the risk of transmission of potentially pathogenic bacteria. We applied high-throughput sequencing of bacterial 16S rRNA genes and microsatellite genotyping to investigate the impact of host traits and habitat use on the gut microbiotas of black-backed jackals (Canis mesomelas). This abundant carnivore inhabits livestock and game farms in central Namibia and is often persecuted as pathogen reservoirs and vectors. We further compared the gut microbiotas of black-backed jackals to other wild and domestic carnivores, herbivores and an omnivore, to disentangle the effects of environment, host species, and dietary preference. In black-backed jackals, intrinsic host traits had a stronger impact in shaping the host-bacteria relationship than environmental factors. Nevertheless, the abundance of bacterial operational taxonomic units (OTUs) differed in individuals from livestock and game farms for specific bacterial genera such as Lactobacillus and Clostridium. We found, however, no evidence that black-backed jackals harbour abnormal levels of OTUs related to potential bacterial pathogens or that livestock farming has a negative impact on their health. We present here the first study investigating simultaneously the impact of host traits and environmental factors on gut microbiotas of a wildlife carnivore that occurs in a human-modified habitat.