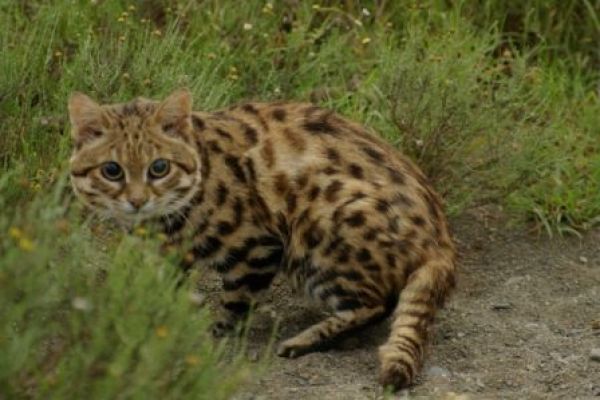 Whole genome sequencing, conducted on two unaffected parents and one affected offspring was compared to a variant database from 51 domestic cats and a Pallas cat, revealed 50 candidate variants that segregated concordantly with the PRA phenotype. Testing in additional affected cats confirmed that cats homozygous for a 2 base pair
(bp) deletion within IQ calmodulin-binding motif-containing protein-1 (IQCB1), the gene that encodes for nephrocystin-5 (NPHP5), had vision loss. The variant segregated concordantly in other related individuals within the pedigree supporting the identification of a recessively inherited early-onset feline PRA. Analysis of the black-footed cat studbook suggests additional captive cats are at risk. Genetic testing for IQCB1 and avoidance of matings between carriers should be added to the species survival plan for captive management.