Black backed jackals and their pathogens in a semi arid area 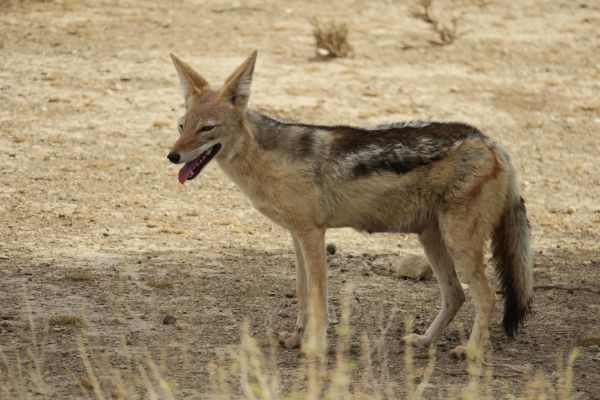 Abstract
Despite the importance of disease as a wildlife management challenge in South Africa, baseline data on the epidemiology of pathogens occurring in free-ranging species has received little attention to date. Black-backed jackals (Canis mesomelas) are a wide-ranging, abundant carnivore with substantial economic importance due to their role in livestock depredation. They are known reservoirs hosts of Babesia rossi, a virulent pathogen in domestic dogs in sub-Saharan Africa. We investigated the prevalence and diversity of tick-borne pathogens (TPBs) including Babesia, Theileria, Hepatozoon, Ehrlichia and Anaplasma species, together with host-attached tick diversity, in a black-backed jackal population from the semi-arid Central Karoo, a small-livestock farming region in South Africa. Using reverse line blot hybridisation, we screened 43 blood samples and sequenced the 18S rRNA gene from positive samples to confirm and characterise pathogen identity using a phylogenetic framework. Hepatozoon canis, a ubiquitous pathogen of domestic and wild canids globally, was observed in 47% of jackals, while a Theileria sp. most similar to T. ovis, a piroplasm found in small livestock, was observed in 5% of jackals. No Babesia, Ehrlichia or Anaplasma species were identified, although a Sarcocystis sp. sequence was isolated from one jackal. Host-attached ticks (n = 20) comprised three species, Amblyomma marmoreum, Haemaphysalis elliptica/zumpti and Ixodes rubicundus, commonly known ticks in the region. In summary, prevalence of TBPs in black-backed jackals from this semi-arid rangeland region was lower than in jackal populations in more mesic regions. These jackals were apparently not infected with B. rossi. While this study is one of the first investigations into the epidemiology of TBPs infecting jackals and adds to the sparse literature, further studies which span landscape uses, climate conditions and seasonality are encouraged.